Kicking off the trail running season, the Innsbruck Alpine Trailrun Festival was an absolute blast! From the ‘warm up’ night race on Thursday to the main event on Saturday, the Austrian Alps could not have been better to us. 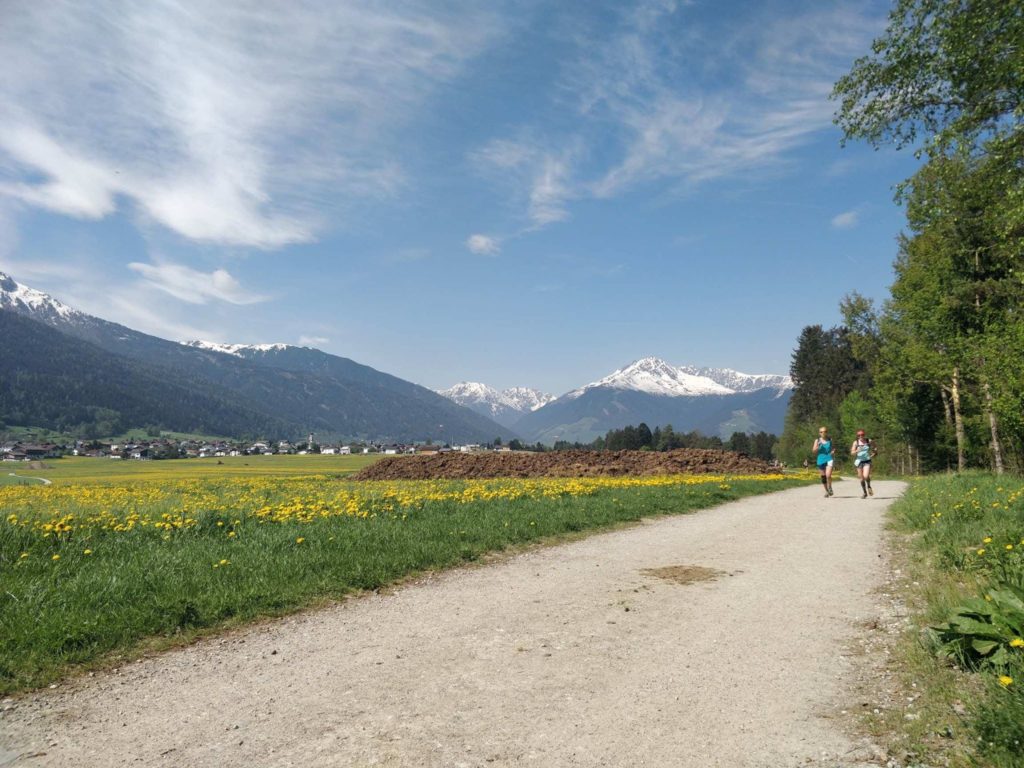 Getting ready on Thursday evening, as the last rays of sunlight disappeared and darkness took over, I got extremely excited. Up to that point, I had had mixed feelings about the race; it was good to test out the terrain, try running at “altitude” (basically outside England) and 7km aren’t long at all. But I also didn’t like the idea of racing two days before the big event.

Man I was glad I took part! Reaching the top of the climb – the first 3km of the race were all uphill – was one of the most magical moments I can remember. Innsbruck lay in all its night-time glory to our right, golden specks of light glistening irregularly at the bottom. The Inn river a dark, meandering outline dividing the city, with a little train cutting through it just as I looked over. Like a pool of gold, the city shone below us, surrounded by the mighty Alps.

Without being able to help myself, I started laughing – out lout, like a maniac. “It was all worth it hey,” said the runner behind me, referring to the climb we’d just finished. “Yeah, yes!” was all I could muster.

The excitement of the little race took over me. We had agreed to take it easy, to use it as a warmup for the big one on Saturday and get to know the terrain. But it was so perfect I could feel my legs flying, moving faster, jumping over roots and accelerating on every downhill in spite of the fact that I could barely see where I was going.

It must have been magical, being in the city and watching that snaking line of headlamps head up through the woods, lighting an invisible trail, an intermittent moving line in the middle of the dark mountain.

Night racing is something else.

By Saturday the hype couldn’t have been higher. The colours of the sunrise started to change as we got ready for race day – a crisp, beautiful morning.

“You have to love pointless race packs,” Teresa told me as we opened the neon green bag we received together with our race numbers. Inside lay a whole kilo of pasta – with reduced carbohydrates. I laughed, pointless indeed.

Hundreds of runners lined up that morning, with both the 25k and the 85k races starting at the same time. The first kilometre took us through the ‘Altstadt’, past pastel-coloured buildings and the Golden Roof, ‘Innsbruck’s most famous landmark’ we were told. 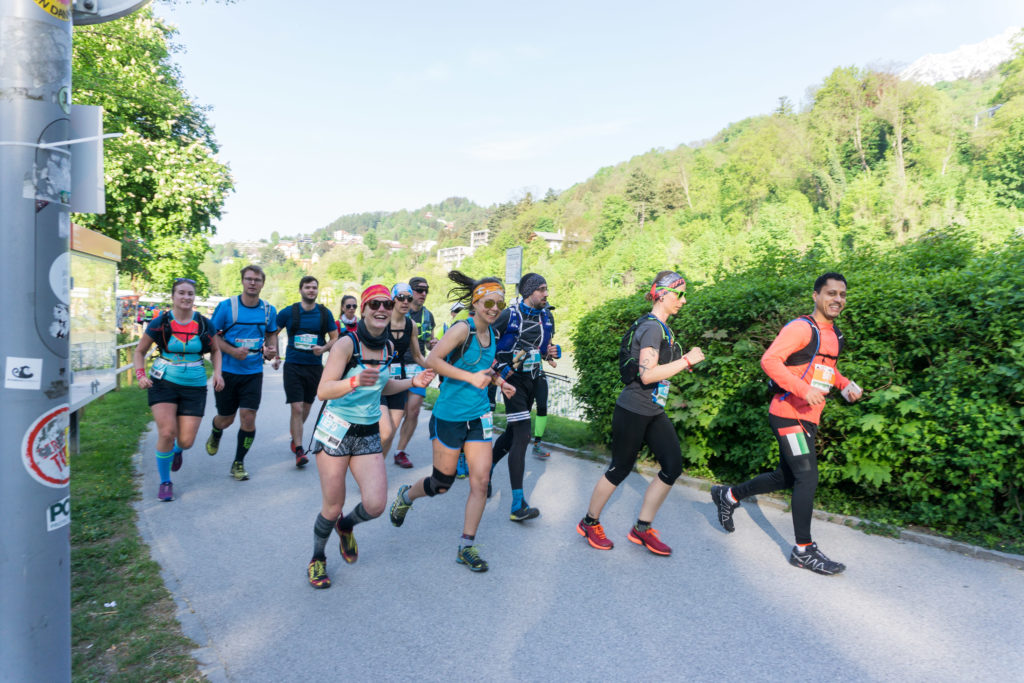 Teresa and Caro loving the start of the race

Then came the mountains. The race took the same course we had gone up on Thursday, except this morning we couldn’t run, the single trails congested with walking participants and no room to overtake.

I came to curse and bless the single trails. Hated them when there were runners in front of me, stopping me from going mad when I still had the energy for it. But then also found strength in them after long sections on wide, exposed, tedious roads. 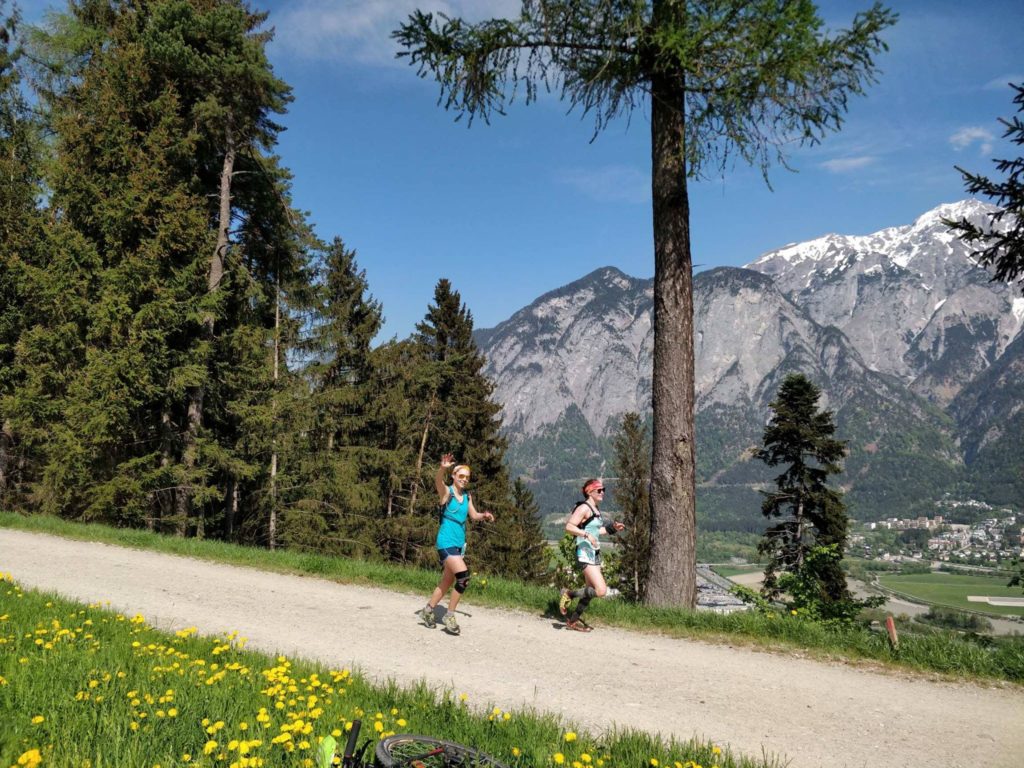 Smiling to the camera on a gorgeous day.

They were the magical sections of the run, where the heat would become a bit more bearable, and the sun would shift through the leaves like golden curtains making me feel incredibly alive. On those sections it felt like I was floating, my feet barely touching the ground, almost as if I was a different being to my body, watching it move from above.

Then the trails would end and we’d run on flat ground. It was beautiful as well, don’t get me wrong; we were surrounded by picturesque green fields and bright yellow flowers moving swiftly with the low breeze.

The atmosphere throughout the race was amazing, the cowbells held by many people cheering us on were encouraging and running among big mountains is just a thing of beauty. The finish line was buzzing and, even though the race finished with a climb, I found the strength to finish with a sprint and a smile through the spectators’ energy. 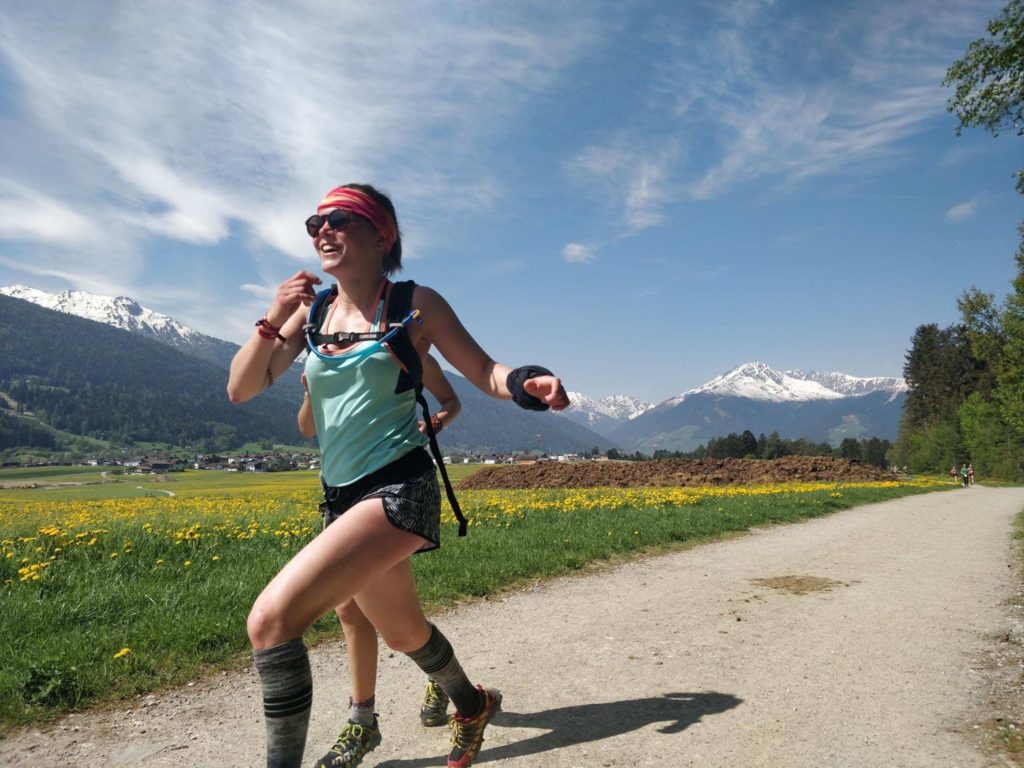 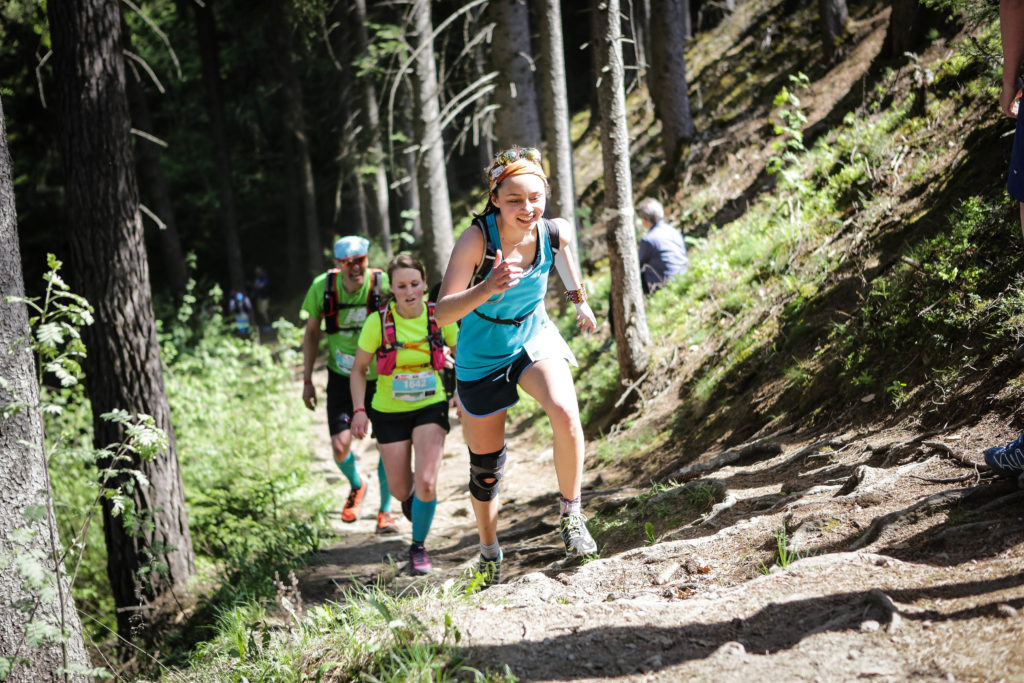 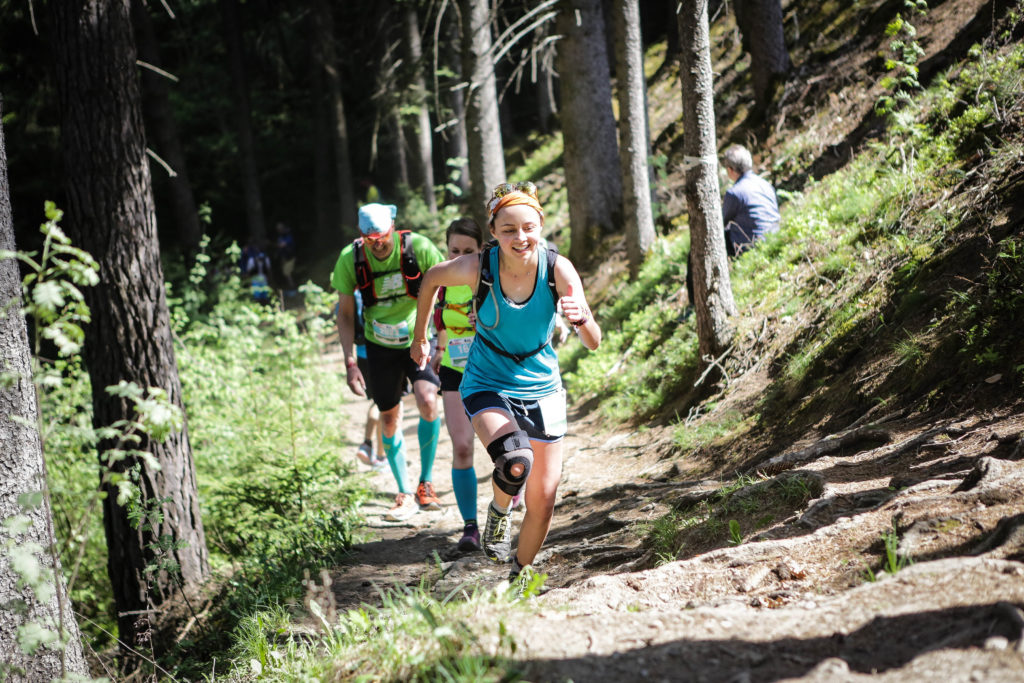